According to a report by the Ghanaian Times, Diagane  said this during a visit to Kumasi to aquaint himself with the progress of work under GKMA SWP. 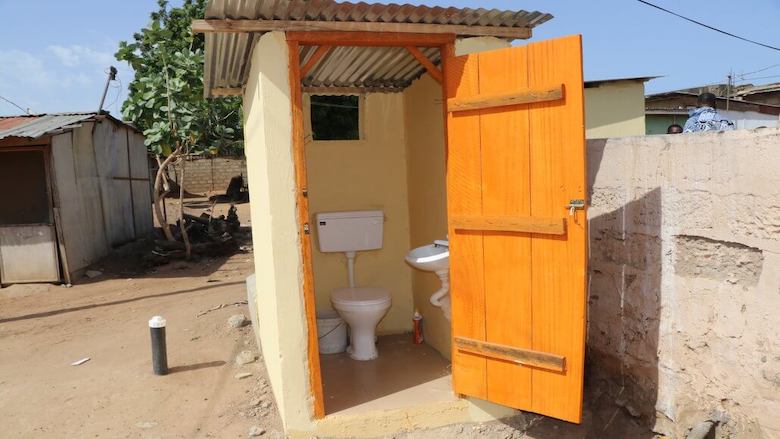 Diagana, accompanied by the World Bank Country Director to Ghana, Pierre Laporte, led the World Bank team to visit two low-income communities, Adiebeba and Ahinsan in the Kumasi Metropolitan (KMA) and Asokwa Municipal Assemblies respectively, where there is a high uptake of household toilets.

The team interacted with households/beneficiaries of the project and appreciated their level of satisfaction with their new toilets and the impacts of the project on their daily lives.

According to  Diagana, about 275 million US Dollars has been pumped into the project “and giving its impacts and the necessity for people to have access to this type of services, certainly the World Bank will continue to provide support as needed.”

Noting that the project was contributing to the dignity of human beings, he stressed “thisis a good initiative and I am very much impressed by what has been achieved because more than 300,000 people, by the end the project, would benefit.”

He pointed out that he would hold a discussion with the Authorities for any possibly scaling up of the project in other parts of the country.

Some of the beneficiaries, RamatuSeidu, Maame Yeboah and Ama Osah were full of praise for the facility saying it had really come to enhance their livelihood as they no more wake up very early in the morning to go and queue at a public toilet.

They were also thankful to the government for subsidising the cost of the toilet and urged other households to embrace.

Since government has absorbed over 75 per cent of the cost, households are expected to pay only GHC1,200.00 for a complete toilet and GHC700.00 for biodigester if they have the toilet building already.

Harrold Esseku, Senior Water, Sanitation and Hygiene(WASH) specialist/Co-Task Team Leader, World Bank, said it was the desire to ensure that there would be no public toilets for households in line with the Sustainable Development Goals. If there should be any public toilet “then it should be in lorry parks, market places and schools,” he indicated.

The World Bank-funded project, which started in 2015, is aimed at increasing access to improved sanitation and improved water supply in the GAMA and GKMA with emphasis on low income communities and to strengthen management of environmental sanitation in the GAMA and the GKMA.

The parent GAMA Sanitation and Water Project was successfully implemented from August 2014 – December 2020 with about 240,212 people having access to improved household toilets.

In Kumasi (GKMA), the project is being implemented in eight Metropolitan and Municipal Assemblies including Asokwa, Oforikrom, old Tafo, Suame, Kwadaso, and the AsokoreMampong.

So far, more than 19,500 low-income beneficiaries with access to about 2,417 improved household toilets, out of which 55 per cent of the project beneficiaries are females and the remaining 45 per cent are males.

Under the project, about 30,000 household toilet facilities would be provided for people with low income in the GKMA, while about 5,000 households would also get connected to water supply support.

It is part of Government’s determination to providing pragmatic measures to find a lasting solution to the water and sanitation problems in the Greater Kumasi.

The bio-digester toilet system is the main containment technology provided under the Project for beneficiary households, and it works by rapidly breaking down faecal matter with the assistance of micro and macro-organisms and bulking materials such as coconut coir and wood chips.

According to the 2021 Population and Housing Census, 17.7 per cent representing about 5.5 million people in Ghana still practice open defecation. “It is also sad to observe that 3,600 children die every year from diseases such as diarrhea, cholera and typhoid fever when these are easily preventable with affordable and proven interventions such as […]

by Justice Lee Adoboe  Ghana must spend at least 4.5 billion U.S. dollars to eradicate plastic waste pollution in its oceans according to the Word Bank.    In a synopsis at an online roundtable discussion on unlocking the economy of the plastic sector in Ghana Thursday, the World Bank estimated that the country would need 1.3 […]

ACCRA, Aug. 28 –An international charity organization has urged the government of Ghana to prioritize the improvement in the provision of Water Sanitation and Hygiene (WASH) facilities in schools to prevent the spread of the novel coronavirus in academic communities as schools prepare to reopen.    Global charity, WaterAid said in a released received here on […]