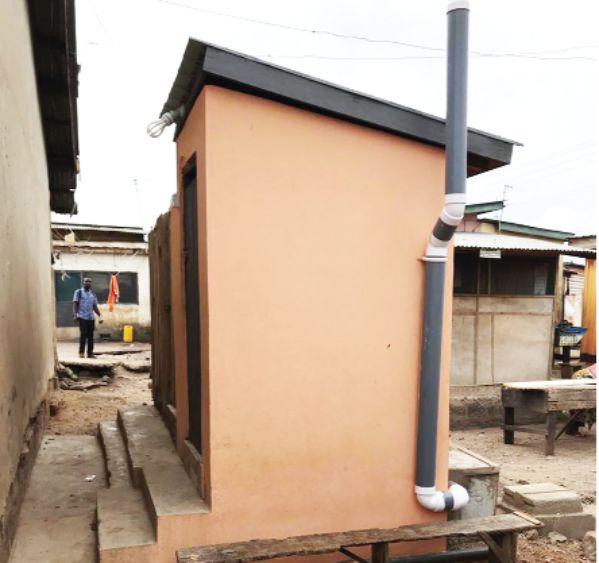 ACCRA, Nov. 19 (Xinhua)–The quest by the government of Ghana to end the practice of open defecation and its related health hazards has been yielding some results with the provision of safe toilet facilities for households and institutions in the capital, deputy minister for sanitation and water resources, Patrick Boamah said here on Tuesday.

Under the World Bank-funded Greater Accra Metropolitan Area (GAMA) water and sanitation project, the government has provided 26,638 safe toilet facilities for households and institutions (schools) in deprived communities of the capital.

“We are undertaking these projects to eradicate open defecation, which has been a major challenge in most deprived communities,” Boamah told the media during the World Toilet Day activities in the capital.

He said the government would scale-up the same program throughout the country to eradicate the practice of open defecation.

Boamah urged all citizens to live responsible lives to support the efforts of the government to make Ghana clean.

The theme of this year’s World Toilet Day commemoration was “Leaving No One Behind.”

A deputy director at the Ministry of Sanitation Kweku Quansah said the government’s target was to ensure that every household and institution in the country had safe toilets by 2030, according to the United Nations (UN) Sustainable Development Goals.

This he said would only be possible if all land-lords ensured that there were toilets in their houses, while the government provided for schools.

In an interview, Nii Mensah, a 24-year-old resident of La, a suburb of the capital said, the provision of toilets had helped reduce the constant outbreak of cholera in the community.

“I was once a victim of cholera, but now I can say the situation has improved,” he told Xinhua.

Mensah, however, urged the government to work hard to improve the livelihoods of the citizens, so that citizens would be able to provide their necessities, such as safe toilet facilities.

About 19 percent of Ghanaians defecate in the open due to lack of toilets in their houses with the country’s beaches littered with feces.   Enditem

: “I was once a victim of cholera, ”, but now I can say the situation has improved, GAMA provides toilets